Spend two glorious weeks exploring the history, culture, and cuisine in beautiful Italy. Visit Rome, Venice, and Florence, and embrace your adventurous spirit in the lush Slovenian Alps and breathtaking Croatian highlands along the way.

Airfare cost to and from Europe is not included in the land cost. Flight information will become available in the spring.

Step back in time as you explore the architecture, artwork, fashion, and cultures that have influenced the world for generations. We’ll begin our journey in Rome, retracing the steps of one of the most influential empires in history, and carve our way through the bustling cities and picturesque countrysides of Italy before stopping in Slovenia to take in the fairytale landscape of locations like Bled Island and Ljubljana. Along the way our whirlwind tour will be filled with waterfall hikes, exciting bike rides, kayaking excursions, and sheep herding… you read that right.

World-famous works of art you’ll get to see IRL:

DAY 1 | DEPARTURE FLIGHT
Meet your staff and teens at the airport before traveling together to Europe on an overnight flight. Once we land, your trip officially begins! We’ll break the ice with some fun and engaging activities so that you get to know everyone in the group. To learn more about how we organize travel to and from the program , click here.

DAY 2–4 | ROME, ITALY
Our adventure begins walking in the footsteps of the Roman Empire at the Colosseum and the Forum Romanum. Stand beside the massive Arch of Titus and view a depiction of the Temple Menorah that is believed to have been carried off to Rome after the destruction of Jerusalem in 70 C.E. Then, channel your inner warrior as you take part in a “Gladiator for a Day” training. Afterwards, we’ll settle into our accommodations in Rome.

You’ll spend the next day exploring Vatican City in the heart of Rome and see St. Peter’s Basilica as well as the Sistine Chapel. Stare in awe at Mount Vesuvius—the volcano that led to the ancient city of Pompeii’s untimely demise—and learn about how it remained perfectly preserved through a tour with a local guide. We’ll return to Rome for Shabbat dinner and take part in our first Shabbat service abroad at an Italian Synagogue.

We’ll wrap up our time in the city with a walking tour of Rome’s Jewish Quarter, the oldest continually settled Jewish community outside of Israel. Then, continue exploring Rome on foot, stopping at the Pantheon Temple and Spanish Steps.

DAY 5–6 | FLORENCE, ITALY
Teens will leave Rome and make their way to Florence, stopping to see the Leaning Tower of Pisa en route. Once we arrive and get settled, you’ll learn more about the city of Florence through a sightseeing tour of the city’s most popular landmarks, such as the Duomo, Piazza San Lorenzo, and Ponte Vecchio (Old Bridge).

Visit the Grand Synagogue, one of the world’s most beautiful synagogues. See Michelangelo’s famous sculpture of David at the Galleria dell’Accademia. Climb to the top of Giotto’s Campanile Tower for a stunning panoramic view of Florence. Then, enjoy an afternoon visit at the amusement park Gardaland.

DAY 7–8 | KRANJSKA GORA, SLOVENIA
Depart Florence in the morning and set off for the Slovenian backcountry. Raft down the Soča—one of Europe’s most beautiful rivers—before traveling through the Slovenian mountains to Kranjska Gora. Get your safety gear on, because we’re going to Adventure Park in Bled! This natural environment of trees offers dozens of attractions for teens. The group will take a boat ride to the tiny Bled Island in the middle of a crystal blue lake and make a wish before ringing the island’s legendary wishing bell.

DAY 9 | LJUBLJANA, SLOVENIA
Though our time in Kranjska Gora is short, you’ll love traveling to Ljubljana—Slovenia’s capital—and taking in the views from a castle towering over the city. Teens will take in a spectacular view from the funicular (a type of cable railway) of the castle prior to their walking tour of the city. Then, we’ll put your Mario Kart skills to the test in real life as we go karting at the Grand Prix. Experience Europe’s state-of-the-art multi-level track and feel the adrenaline rush as you race around.

DAY 10–11 | ZAGREB, CROATIA
The people of Bela Krajina are passionate about sheep. So, naturally, it should come to no surprise that teens will spend some time playing traditional shepherd’s games before we head to Zagreb, Croatia’s capital. We’ll also take some time to canoe on the Kolpa River. Once we arrive in Zagreb, we’ll prepare for our second Shabbat together.

DAY 12–14 | VENICE, ITALY
Cool off underground as you discover the treasurers of the Postojna Cave, then cross back into Italy and travel towards Venice via the Tuscan countryside. We’ll enter the water-filled streets of Venice on a vaporetto waterbus and take an evening walk through Venice.

Set sail for the island of Murano and visit a traditional Venetian glass-making factory. Then, travel to Lido and enjoy beach time and swimming in the Adriatic Sea. Afterwards, we’ll return to the main island of Venice and see the sites of the city on a walking tour. Teens will explore Piazza San Marco, including the Basilica and Palazzo Ducale (Doge’s Palace). We can’t end our time in Italy without a private gondola ride through the waterways. We’ll enjoy one final dinner as a group before saying ciao to Europe!

DAY 15 | RETURN FLIGHT
We’ll make our way to the airport for our flight back to the U.S. It’s never goodbye, just see you later. Give your friends one last hug and part ways once your flight arrives at the airport. While your summer trip with us is over, the memories you’ve made will last a lifetime!

How will my teen travel to the program?
BBYO requires all North American participants to fly on the group supervised flight for this program. Flight costs are not included in the program’s land cost. BBYO will purchase a ticket for each traveler and charge the family directly. The flight cost for programs with supervised flight options will be announced, along with the flight details for all programs, in the spring. The supervised flight for this program will depart from the New York City area, typically Newark Liberty International Airport (EWR) or John F. Kennedy International Airport (JFK). Learn more about flying to the program.

Where will my teen be sleeping?
The group stays in a variety of 3-star hotels. When booking our accommodations, we request for each teen to have their own sleeping accommodations in a shared living space.

How is the program staffed?
Each group is accompanied by a team of madrichim (counselors), a local European tour leader, and a bus driver. Senior field staff also circulate between our groups for extra support. Staff names are sent out approximately 2–3 weeks prior to your departure as part of the pre-trip preparation emails. Staff are asked to make welcome calls to teens before departure. Feel free to ask them any remaining questions you may have. Learn more about our staff team.

What’s the summer weather like?
The weather throughout Italy, Slovenia, and Croatia is a typical Mediterranean climate—dry heat, cool evenings, and little to no rain. Temperatures will typically be in the 80s and 90s. Due to the dry nature of the heat in the Mediterranean, the sun is deceptively strong and you should plan to bring plenty of sunscreen and a good hat for outdoor touring.

How do you approach security?
The safety of the teens under our care is our guiding consideration. Learn more about our organization’s approach to safety & security.

What’s the typical group size?
Although it varies from year to year, our average group size for Mediterranean Discovery is 35-42 teens. Some teens choose to sign up together with a friend or two and most teens choose to come on their own. Either way, our participants will have the opportunity to meet a diverse group of peers from various locations across North America which makes exploring a new place together even more exciting. On some programs, we might have multiple parties from the same area register together. In this case, we are unable to inform families when this occurs and though we are always willing to share the group dynamics of the current registrations, we typically have a good idea of the general group make up after our cancellation deadline.

What’s the food like?
You’ll try delicacies like pizza, pasta, and gelato in Italy, Slovenia, and Croatia. When traveling, your teen may encounter new foods that will not be to their liking, so we ask teens to be flexible and have snacks and other alternatives on hand just in case.

For more information, check out our general FAQs or the pre-trip preparation manual.

Looking to combine two experiences for an extended summer of adventure, learning, and self-discovery? BBYO makes it easy! This independent trip can connect to one of our Israel Journey departures, making it our Ultimate Mediterranean Israel program.

Navigate the canals and waterways of old Venice by gondola

Pay homage to the Roman Empire, visiting the Colosseum, Pantheon, and Forum Romanum

Navigate the canals and waterways of old Venice by gondola 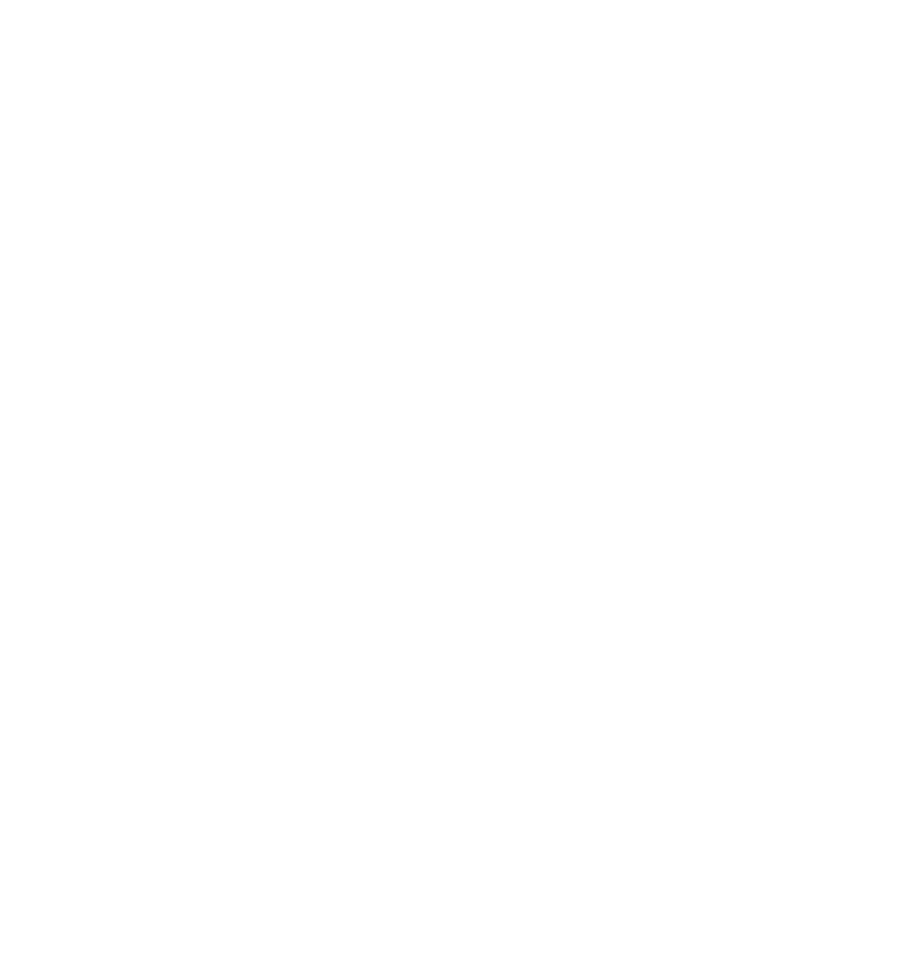